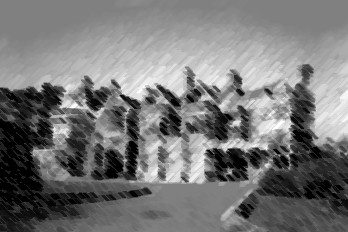 Guardians were normally based in their own world - the world from which they had been recruited. It had been explained to Tom that this was to ensure an easy familiarity with machines of all kinds, and weapons, as well as all the other characteristics of the world that would be commonplace to one born there. Even so, a key part of the training for new Guardians at Cliviger Grange was the periodic visits to Lyndesfarne to practice gestures and observe the effects of magic at first hand.

The first of these visits occurred on a rather blustery day towards the end of November. Tom and Alistair boarded another one of the fleet of ex-army lorries operated by RDTE, expertly setting about the task of making themselves as comfortable as possible with knapsacks and coats. The two companions were in the company of four other trainees, including Sophia the Amazonian Glaswegian and little Ifor from Wales. Stan and Charlie completed the group.

On this trip, their officer in charge was one Sergeant Brasham. Despite his name, he was a rather retiring, even diffident man, quite unlike the loud-mouthed NCOs that both Tom and Alistair had experienced in the Army. The Sarge sat in the back of the lorry with the rest of the group, but did not join in the rather sporadic chat.

After about twenty minutes of bumpy driving, they arrived at the crossing and disembarked close to the guard post. Tom dumped his stuff on one of the low stone walls that edged the causeway, then stretched and looked around. The ancient arches of the bridge were lit by the watery sunshine, and the sea was whipped into a fair chop by the wind. He could see stormy-looking clouds in the distance, which looked like they were headed this way. 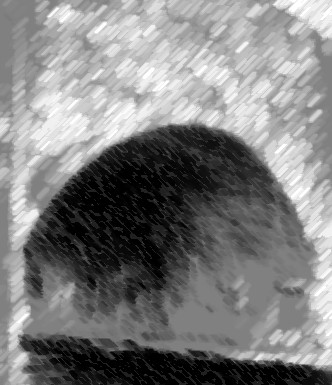 The tiny fair and market was quiet, almost deserted, although one or two figures could be seen moving around, purposefully checking that the guy-ropes of the tents were firmly fixed. Tom nodded politely to the Guardians on duty, one of whom he recognised from his earlier watches as a trainee.

The Sergeant cleared his throat.

"Right then, ladies and gentlemen," he said, "Let's see if we can pick up the pace and make it across before the weather breaks, shall we?"

They donned their greatcoats and took up their packs, and set off at a brisk march along the causeway. There was a fair bit of other traffic on the crossing this morning, also hurrying to stay ahead of the weather. They pressed on, dodging the wagons and staying clear of the horses. Tom noticed that Sophia had no difficulty in keeping up, easily matching her stride to that of the men.

As he had done on his first journey, Tom stopped at the very apex of the bridge, and looked over the parapets and into the deep waters below. Spellbound, he watched the swirling movement of the current for a few seconds, before hurrying to catch up with the others.

They just managed to get across the causeway and bridge before the storm arrived, much as predicted. The wind picked up and the sky got noticeably darker alarmingly quickly. As the rain began to fall heavily, the party hurried into a large barn-like building built of large stone blocks. This was set to one side of the road and marked with a sign which Tom could now translate as "Onwards Transport".

Tom was also fascinated to learn that, in the Lyndesfarne language, the words for "transport" and "portal" were actually the same. He found this most intriguing. Surely, he mused, there must be other kinds of transportation in common use in the Other World. Still, he supposed, these portals must be very important.

Tom and the others had received several briefings about portals in classes. To the untrained eye, most of these entrances looked like a low, wide archway which had been walled up; the stonework inside the arch appeared to be a blank masonry wall but, when the transport was operating, was curiously soft and yielding.

Although portals almost always appeared as an archway, with a curved top which formed a semicircle, Tom was interested to learn that in fact there was a second arch, upside-down and usually concealed under the level of the floor. Apparently, this design was a compromise; the ideal configuration for an entrance was a complete circle, but this was thought to be rather an awkward shape for people to negotiate.

Inside the building, there were several portal archways set into the stonework of the walls. As Tom watched, someone appeared through one of the portals, and moved slowly and casually towards the building exit. He also became aware of a gentle ticking noise. They had been told in classes that the ticking was caused by the portal operation, although it was not clear exactly why it should make any sound at all. 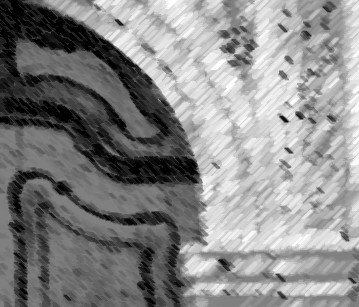 The group of travellers were directed by Sergeant Brasham to one particular portal.

"Now, I'd like you to keep all together here," Mr. Brasham said calmly.

As they had been instructed during the classroom sessions, the little group formed up in pairs, with the Sergeant at the rear. Then, at a word of command, they marched towards the indicated portal. Although the pairs were not actually holding hands, the crocodile column made Tom feel just a little like being back at primary school.

Each portal was marked by a sign above the archway, each displayed several lines which Tom surmised were the names of destinations reachable using this entrance. As they started to move, the top line of the sign changed to read "First School of Guardians", according to Tom's translation. Moving in synchronisation, the line of people marched forward into the grey mist of the portal and were gone. 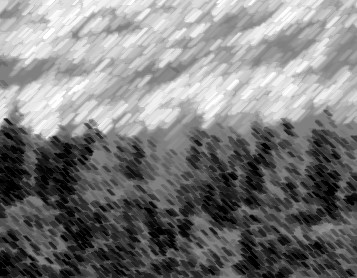 They emerged inside another building, rather similar to the one they had left only a second before. Tom had felt nothing, at least nothing physical, although he felt disoriented by the sense of suddenly being elsewhere. Glancing around, he could see that some of the others were also looking slightly shaken, although Sophia was manifestly unfazed by the whole experience.

Encouraged by the Sergeant, the group managed to pull themselves together. They exited through a set of double doors standing open to one side of the portal through which they had just emerged. They turned left and marched along a road through woodland thickly grown with pine trees for a few minutes before arriving at the First Lyndesfarne Guardian School. 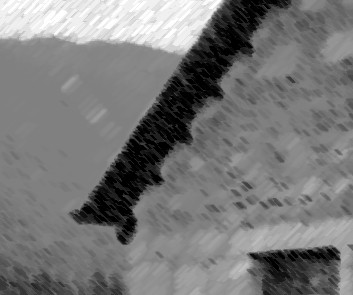 The School was formed from a collection of low buildings set in a large clearing in the woods. These were of a rather nondescript stone built construction; at a casual glance, Tom considered, they could have been a cluster of miscellaneous farm buildings. Every one of them had conventional sloping roofs with some kind of dark panels inset into the slate tiles. The purpose of several of the buildings was entirely unclear to Tom, although there was one which appeared to be a stables and another which was configured as garages for wagons. A curious feature, which occurred to Tom rather slowly, was that, although there were plenty of doors, none of the buildings seemed to have any windows.

The grounds surrounding the school buildings were a gently undulating area of close-cropped grass, with the occasional large rock or cluster of trimmed bushes breaking up the view. There were no walls or fences preventing anyone from approaching the structures, although Tom suspected that there was some kind of a magical barrier in place. Looking closely, he noticed a pale line on the ground, looking a little like the white markings on the turf of a football field, but imbued with the orange sparkles that he now recognised as the side-effect of powerful magic. 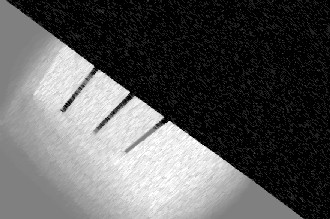 The visitors entered what was evidently the main building. Much to Tom's surprise, the large room was light and airy, despite the absence of windows. The ceiling was open to the rafters, and Tom could see that the dark panels he had noted earlier were in fact skylights.

The newcomers were briefly welcomed by a representative from the Lyndesfarne Guardians. Tom was still a little unclear how the system of ranks worked in the Guardians, but he mentally translated the title of the speaker as "Warden". She had a rather stern appearance and steel-grey hair, cut unfashionably short. It appeared that Warden Acris held a position corresponding to that of Major Markham. She spoke slowly and carefully in the Lyndesfarne language, clearly attempting to ensure that no one had any difficulty in understanding her.

The Warden's address did not seem to contain a great dead of substance. While she was speaking, Tom found himself looking around idly. He noticed an archway nearly hidden away in the wall of an alcove, and found himself wondering where the other end of that particular portal was located. 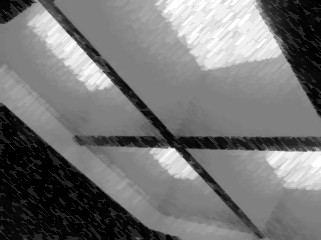 The address from the Warden began a hectic few days. The group were assigned to dormitories underground, and Tom once again found himself sharing a room with Alistair. They had been briefed about the Lyndesfarne preference for underground living, but it still came as a surprise to Tom to find himself making his way down several flights of stairs to locate his accommodation.

He had vaguely expected the underground rooms to be dark and rather dank, but they were in fact both warm and well-lit. Much of this pleasant feeling was accounted for by some kind of magic overhead lighting, which by some means conveyed sunlight to every floor. Tom realised that he had misunderstood the purpose of the skylights in the roof; not only did they let light into the main room upstairs, but also into rooms located deep underground.